With efficacy, safety, and intravenous and oral delivery forms, CMX-020 is a platform for replacing opioids

What it Does: Developing opioid alternative drug

According to the Centers for Disease Control and Prevention, about 46 Americans die every day from overdoses involving prescription opioids.

Wauwatosa-based CMXTwenty is trying to help solve the opioid crisis. The company is developing a drug it says is a non-addictive alternative to opioids, and is working on phase 2 trials for both intravenous and oral forms of its medication. 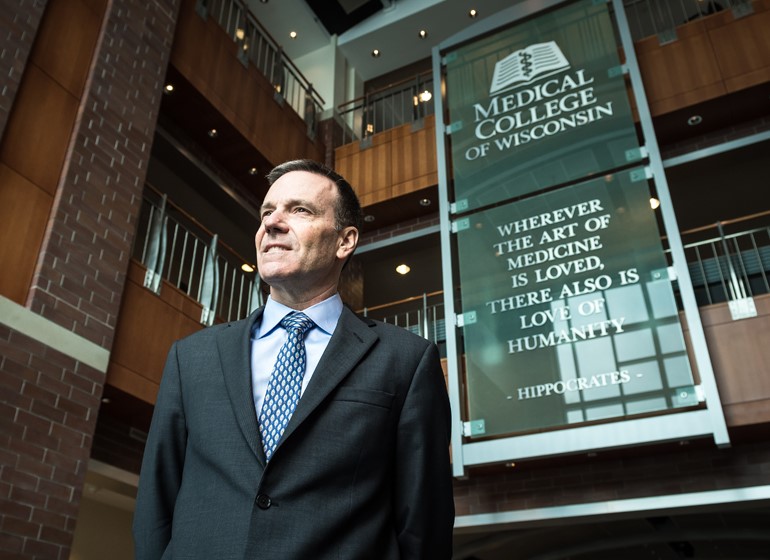 CMXTwenty recently completed its Phase 1 maximum tolerated dose human clinical study for the intravenous version of its CMX-020 drug in Australia. The company established a subsidiary there because the Australian government subsidizes medicine development if early trials show promising results, and its regulatory system can be more efficient.

“They have a diversified regulatory system; they have over 50 committees that can approve studies,” said Lane Brostrom, chief executive officer of CMXTwenty. “What that means is we can conduct clinical studies in Australia and then submit them to the FDA.”

So far, maximum tolerated dose studies have been promising, matching the efficacy of remifentanil, a potent opioid used in surgeries.

“We can match this remifentanil at a very high dose and we don’t see any adverse events,” Brostrom said. “We don’t even see a drug feel at that level.”

That lack of a “drug feel” is important to avoiding addiction, he said. CMX-020 is similar to taking an ibuprofen, where the user doesn’t feel the drug actively working.

“The euphoria is a factor in addiction,” Brostrom said. “What we see with CMX-020 are people in our clinical studies who are given CMX-020 intravenously, even at the highest doses, can’t even feel the effect of the drug.”

Brostrom, who founded a program called TechStar in 2001 to help launch startups from Milwaukee-area research institutions, established CMXTwenty under the name Cytometix Inc. in 2008 as part of that initiative.

“Over a five-year period of time we launched 15 companies, and CMX was one of those,” he said.

Eventually, the hope for CMXTwenty is to find a pharmaceutical partner to help get CMX-020 to market, he said.

“We’re in discussions with pharmaceutical partners, larger pharmaceutical companies,” Brostrom said. “We’ve had some good conversations and we hope to partner sometime soon.”

A Milwaukee-based company exploring safer treatment alternatives for opioids has seen one of its drugs do well in a recent human clinical trial.

Originally posted in the WED Health Care Report on March 20, 2019

Cmxtwenty is exploring the effects of a drug named CMX-020. This compound has been shown to work about as well as remifentanil, a drug that’s twice as powerful as fentanyl and more than 100 times as powerful as morphine.

Importantly, the dose used in the trial doesn’t carry the same risk of death from respiratory issues, according to a release from the company. Nor does the drug exhibit other side effects of opioids, including addiction, nausea, dizziness, constipation, liver toxicity and others, the release says.

The intravenous form of CMX-020 could be used in operations or post-op settings, the release shows. The company is planning a follow-up clinical study using the drug for pain linked to hip replacements. And Cmxtwenty is planning another study on the oral version of the drug.

The therapy being explored was first developed at the Medical College of Wisconsin. Animal studies conducted before the human trial helped support the company’s path to commercialization.

The PARC clinical unit at Royal Adelaide Hospital in Australia has initiated a clinical study to test a new pain medication called CMX-020.

Lyrica Implicated With Addiction and Suicide

According to Liam Mannix of The Age, Lyrica is linked to addiction and suicide. He asks, “Why do doctors keep prescribing it?”

Emma Phillips, 39, says she was given the nerve-pain drug Lyrica to help with her viral meningitis. Viral meningitis is a painful inflammation of the spinal cord caused by an infection. Lyrica is not indicated for its management. But Ms Phillips, like many other Australians, was given it anyway. CLICK HERE to read the full article.

Join us in delivering the answer to the opioid crisis. Consider partnering with us today!